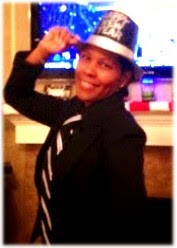 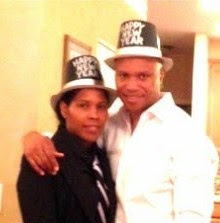 The Cavaliers: A Beautiful Moment in Cleveland

Tickets were sold out. (In fact, I heard a person paid 50,000 for one ticket to see the  game in California.) Downtown Cleveland, Ohio jammed with people and vehicles. 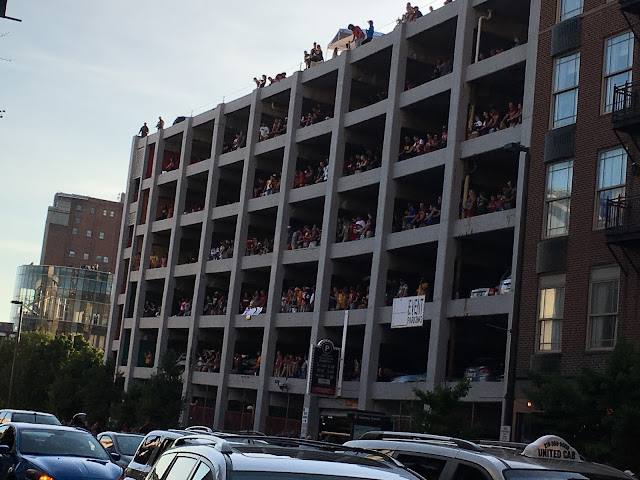 Though the game was not held there, it didn't matter because the Cavaliers is a big part of Cleveland's culture. And although the team had not won the NBA finals in 52 years, it didn't matter, too. A watch party was good enough. 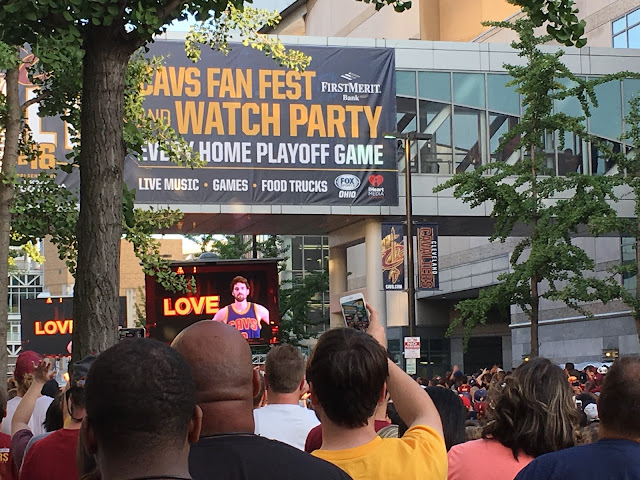 Everyone hungered and thirst for a win. They waited with patience, anxiety and glee inside and outside of bars, restaurants, parking lots and on the streets. 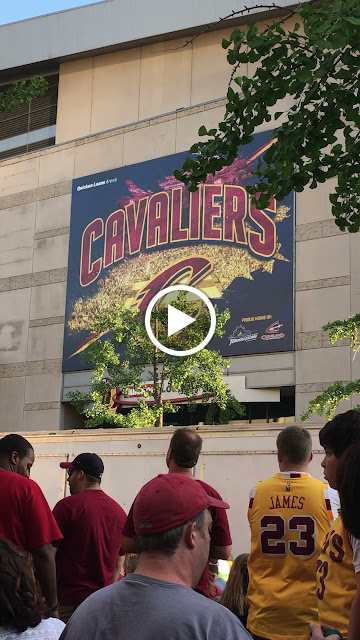 And it came. The win. 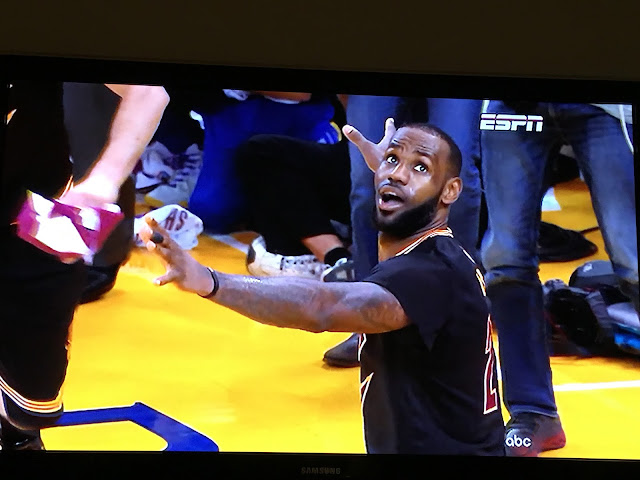 Celebration took hold of downtown.  Where I stayed, people peacefully celebrated. Horns beeped, fans danced and some stood on vehicles while others stuck their heads or other parts of their bodies from their vehicles to celebrate with strangers. 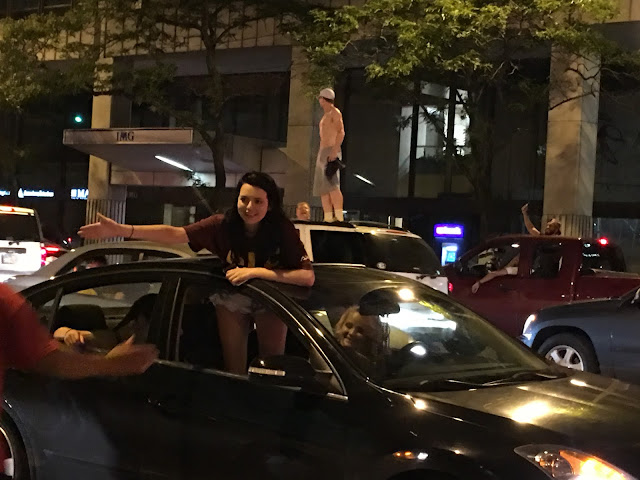 The city, I think, was not truly prepared for the magnitude of people in celebration mode. 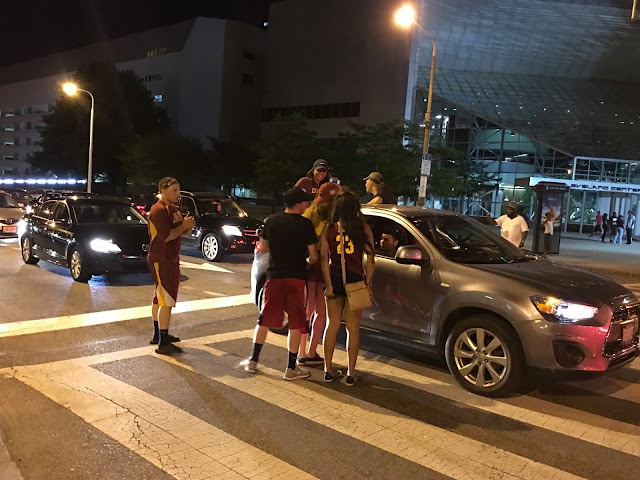 When a lone police showed up, he quickly sped from the scene as fans crowded him in celebration. 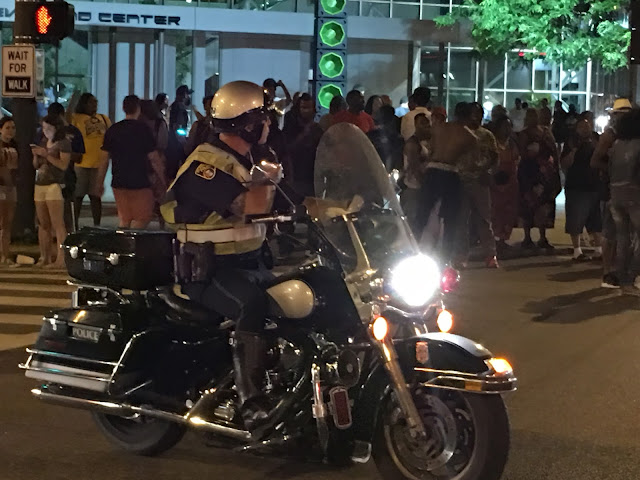 A firetruck could not quench celebratory spirit. 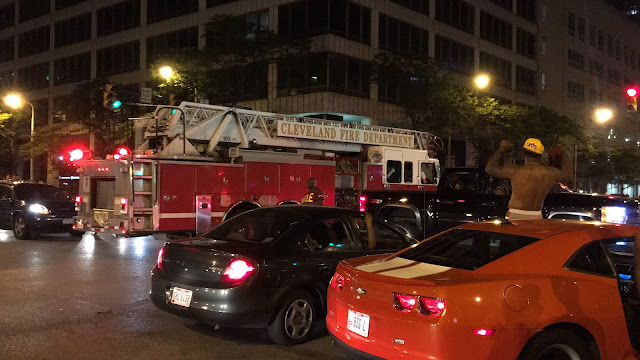 Drivers who had other things or places on their minds, patiently inched through the crowd when they could. 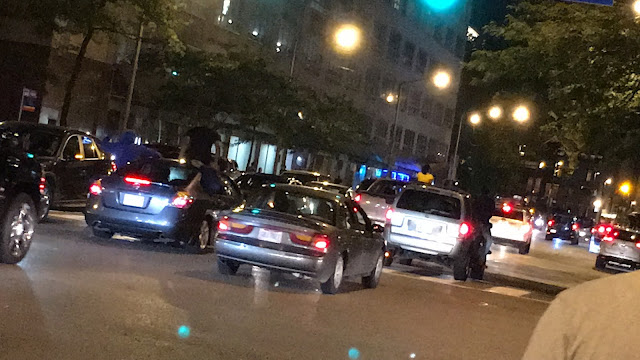 And, of course, my husband and partner, on impulse, claimed his unpaid traffic director’s job to help drivers who wanted to get out of the jam. And no one was upset. 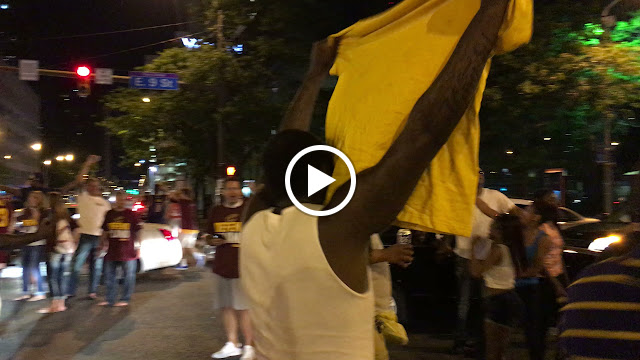 Of course, I had to celebrate, too. I'm not a dancer, but a little giggle was good enough. And, Shhhh. It was the first time I had seen these two dancers.
The win, the historical moment, quenched the thirst for Ohioans.

Even this guy had to show off his tattoo. 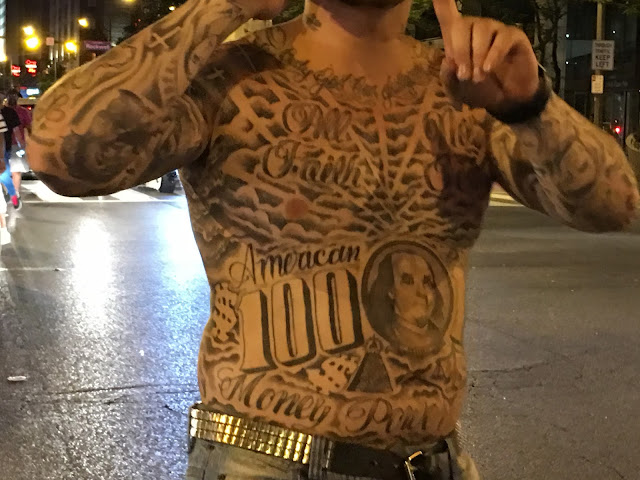 Ohio, also known as the Buckeye State, now awaits the celebration parade on Wednesday, and it will be fun, and I know the city will be more prepared. 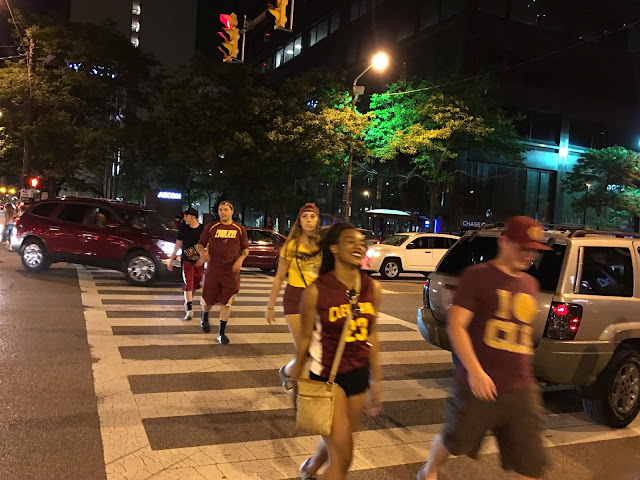 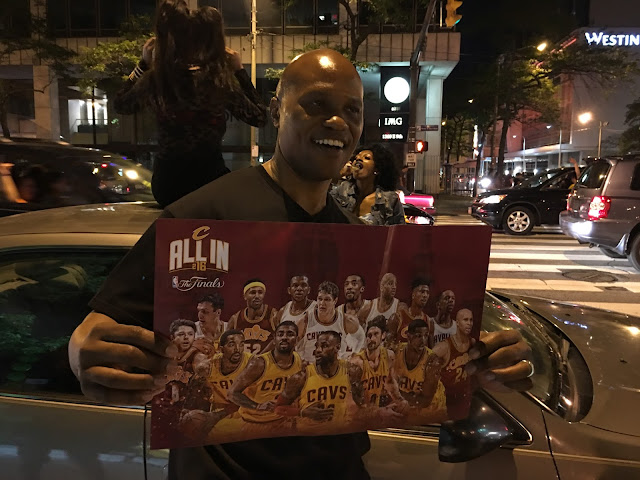 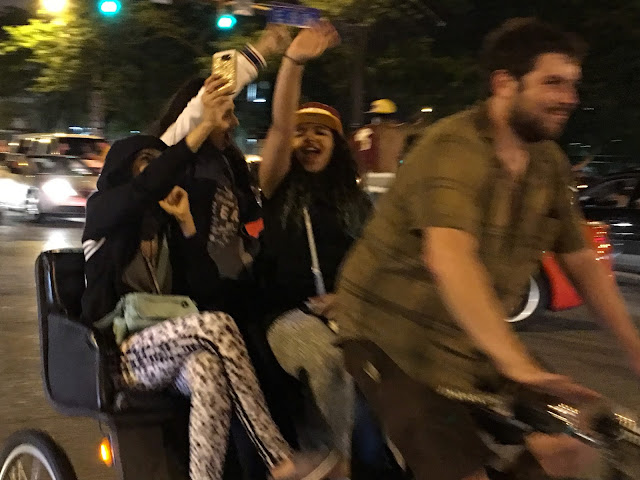 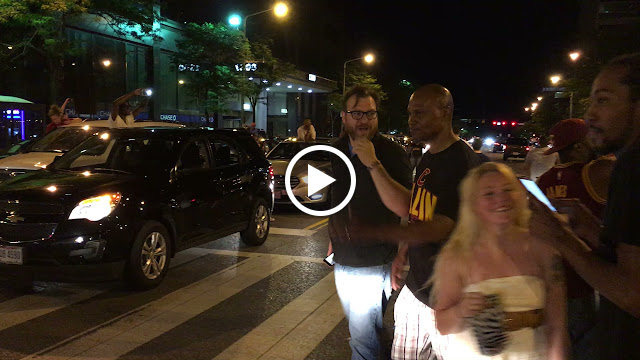 Crazy People everywhere
They hacked my website
Won't even mention which one
Don't want others to go there
Crazy people
Lurking
Stealing
Profiting
What can I say?
Crazy people out there
Posted by Peaches Ledwidge at 9:57:00 AM

Out of Transitional Phase

So, September 2015, I wrote a post using the following words:

"I am currently in a transitional phase."

I am currently out of that transitional.

Hey, I know some of you were wondering if I were changing from woman to man, but no, every part of me is still the same way. And, I want to tell you upfront or in advance, that, I haven't lost my mind.

I will reveal my transition next week.
Update
Postponed the revelation after I found out my Day Laughs Night Cries site was hacked.

Love yourself
and love your neighbors
(family & friends)

Be the light for a dark path
Posted by Peaches Ledwidge at 12:01:00 PM